The elliptical footprint of the three towers frees the buildings from the rigid geometry of the adjoining urban fabric, allowing the landscape of surrounding parks to continue seamlessly through the project site. The landscaping covers garage ramps and egress stairs, minimizing their visual impact while creating a tranquil, undulating topography with pedestrian paths.

Inspired by Chinese paper lanterns, the design of the main tower’s exterior is formed by a continuous diagrid pattern, with a jewel-like faceting that shimmers as it reflects the sky. The exoskeleton structural system forms an outer thermal envelope around the office spaces, which are enclosed within a second glazed interior envelope. This creates daylit communal areas that accommodate meetings and foster social interaction, while establishing physical and visual connections between floors. 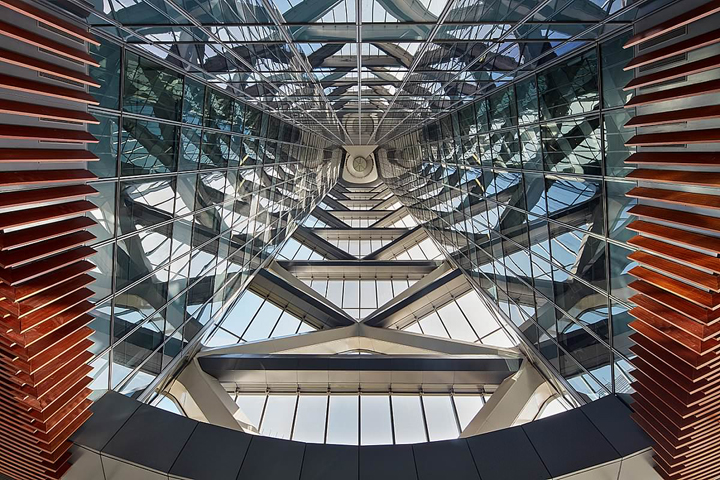 The long-span structural design not only opens up the interior, creating a column-free work environment, but also employs a highly sustainable architectural/mechanical approach to address the climatic and air quality challenges particular to Beijing. 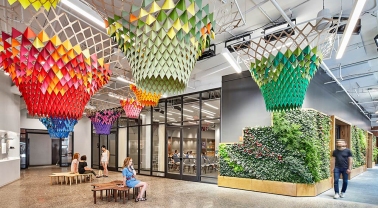 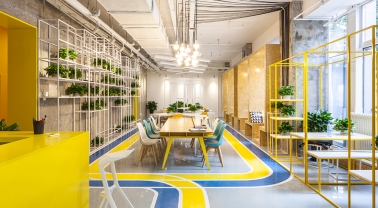 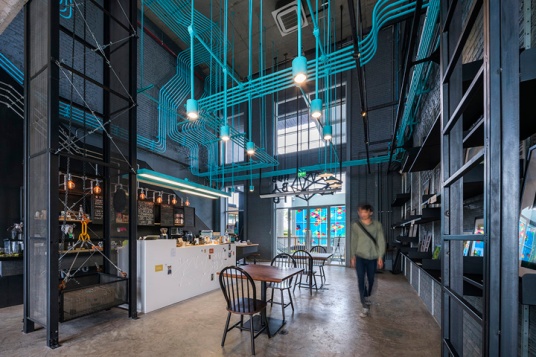 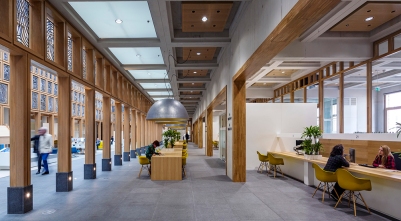